Confero’s president, Elaine Buxton, served as a judge for the 2019 Stevie Awards for the Customer Service/Contact Center Team category. The Stevie awards began in 2002 to boost public recognition of achievements and contributions of companies and working professionals worldwide.  The Stevie since then has become one of the world's most coveted prizes. There are seven Stevie Awards programs, and each has its own focus and categories. 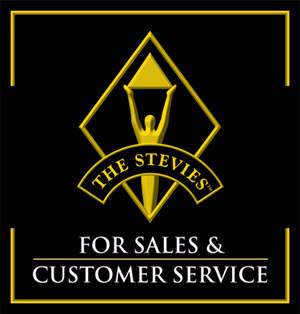 Judging is on a 10-point scale. In each Stevie Awards category, the top scoring entry receives a Gold Stevie Award.  Finalists that receive a final average score of at least 8.0 out of a possible 10 are designated as Silver Stevie winners.  All other Finalists with a minimum of 7.25 points are Bronze Stevie winners.

Confero received a Stevie Awards for Customer Service Consulting Practice of the Year in 2011 and 2016, and was also a 2011 finalist in the Customer Service Management Team of the Year category.  As a past winner, Elaine was excited and honored to serve as a judge for this year’s entries.

The 2019 Stevie Awards will be presented on February 22, 2019, in a ceremony at Caesar’s Palace in Las Vegas. Here's a list of the finalists.

This website uses cookies to improve your experience while you navigate through the website. Out of these cookies, the cookies that are categorized as necessary are stored on your browser as they are essential for the working of basic functionalities of the website. We also use third-party cookies that help us analyze and understand how you use this website. These cookies will be stored in your browser only with your consent. You also have the option to opt-out of these cookies. But opting out of some of these cookies may have an effect on your browsing experience.
Necessary Always Enabled
Necessary cookies are absolutely essential for the website to function properly. This category only includes cookies that ensures basic functionalities and security features of the website. These cookies do not store any personal information.
Non-necessary
Any cookies that may not be particularly necessary for the website to function and is used specifically to collect user personal data via analytics, ads, other embedded contents are termed as non-necessary cookies. It is mandatory to procure user consent prior to running these cookies on your website.
SAVE & ACCEPT